There are a lot of crocheted and knitted items that I've finished in the past months that I haven't had a chance to share yet. Most of them are up on Ravelry now, so I figure I might as well talk about them here, too.
The first is a coaster I made out of some crochet thread. I like it and I plan on making some more, but I still haven't woven in the ends yet (shhh...). It has been used, though. 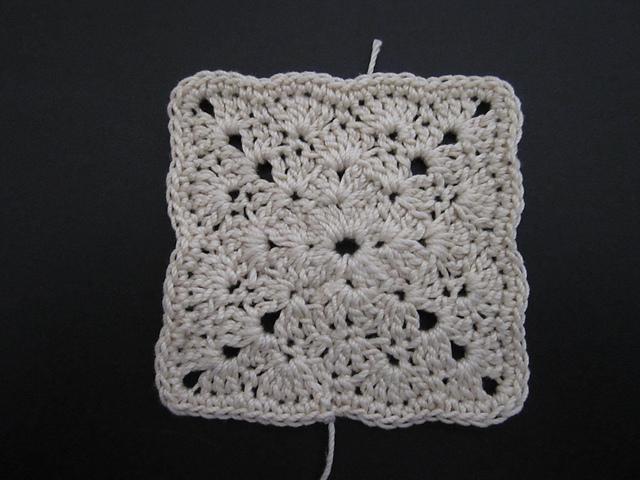 Next is a cabled hat I made for Miriam. I got the yarn at Purl Soho when I was visiting her in New York. I had the patterns picked out to make a hat for her and one for her niece, Virginia. 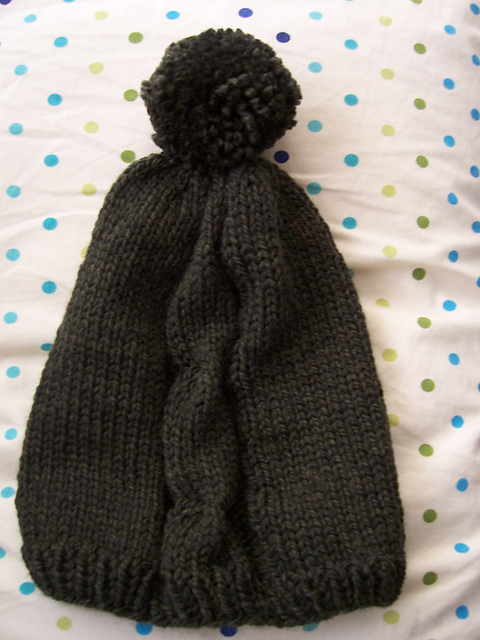 And here's the "matching" hat I made for Virginia. For a size comparison, the pompoms on both hats are the same size. It's a bit large, but she's a baby, she'll grow into it. 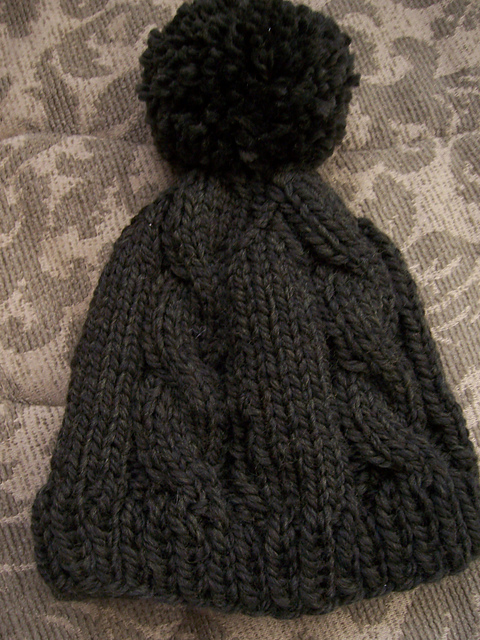 While I was shopping at Purl Soho, I found some lovely Manos that I had to have. I made Miriam a hat a while ago with Manos so I figured I'd make another Thorpe for me. Isn't it pretty? I love the colors. I used some leftover Malabrigo for the edges. 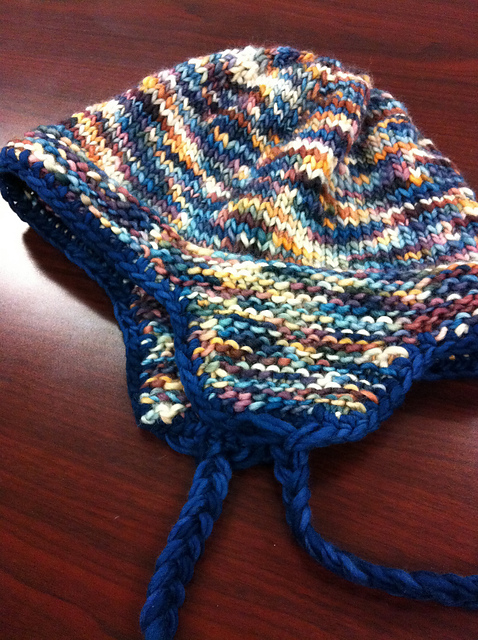 The last project I finished was a cowl using the handspun I won from Meghan from StitchIt!! Podcast. I love the handspun; it's so pretty! I think it was also my first time knitting with handspun. I made the Bound by the Beauty Cowl from the latest knitty. I don't have a picture yet...But I'm so excited, I still have yarn left (about 100 yards) to make something else!

So with all those finished projects, I started something new: an Abalone. I'm making mine out of the Malabrigo (mmm) I got in Jersey from The Stockinette Knitting Cafe. It's a lot of stockinette stitch, but I don't mind so much right now. I also altered the pattern a bit to fit the way I wanted it to. 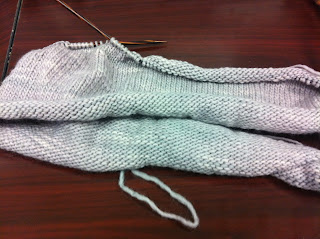 I'm keeping the project in my new Namaste Jetsetter bag which I got from eBay. I've been wanting a knitting bag for a while and luckily I had the winning bid. Isn't is pretty? 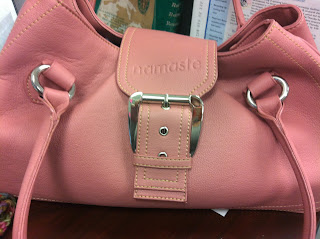 An update on my dad's sweater: I'm so close!! I sewed the shoulder seams, I picked up and knit stitches for the neck, of which I have a few more rows to do, and the sleeves are blocking (and taking forever to dry because it's so cold in my apartment). Once I finish the neck, hopefully the sleeves will be dry and I can sew them on. I think it should be big enough, but if not, I'm sure he'll appreciate it anyway...hopefully.
Posted by Elisha at 1:57 PM