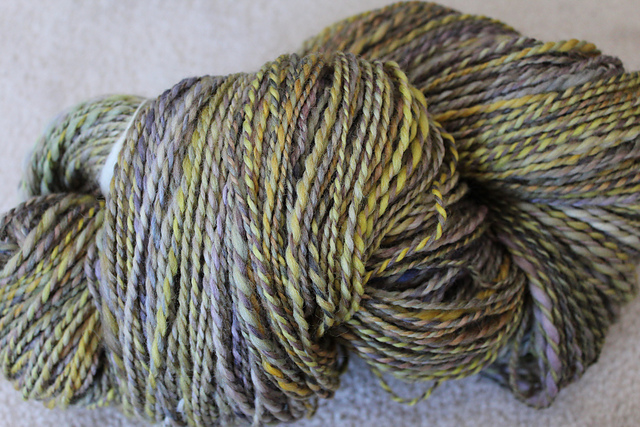 What a misleading name for this fiber. Isn't it so pretty? And so different than the roving it started out as. Spinning this fiber made a lot of the colors more muted and heavy on purples and greens.

I bought two braids from Pigeonroof Studios, which added up to about 8.6 oz of Falkland roving. I spun each into singles and plied the two together, after much debating because the color changes were so pretty as singles. 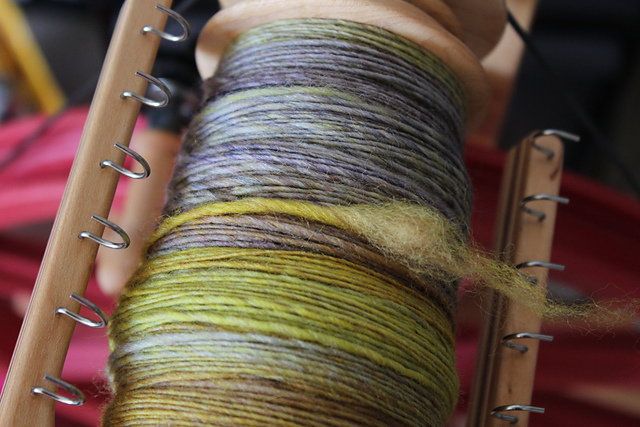 I spun it a little bulky, too, and I predrafted the fiber to make it easier to spin, which was good because the Falkland was a little harder to draft than other fibers I've spun. 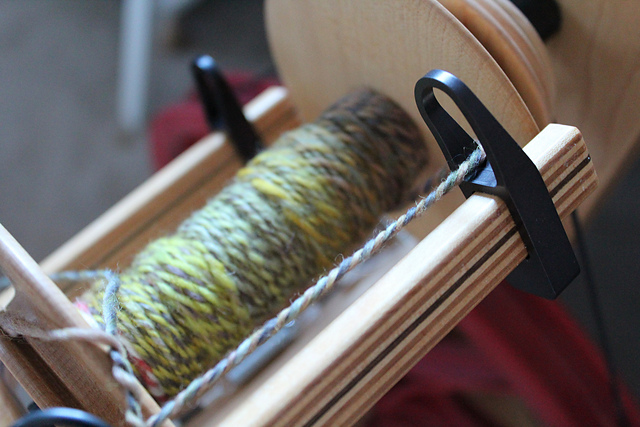 Plying was super easy, though. I got about an aran to bulky weight yarn. 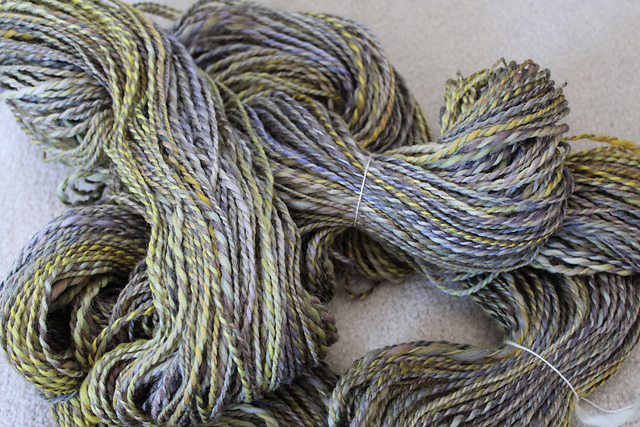 Although that was before soaking and thwacking, so I think it might have puffed up to a fully bulky after it dried. 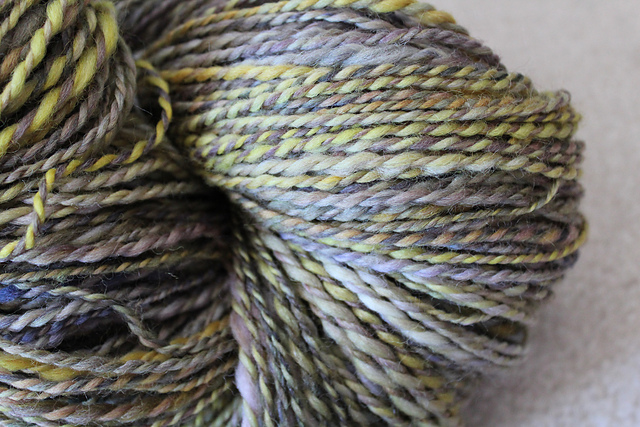 I really need to start knitting more with my handspun, it's starting to add up.
Posted by Elisha at 9:00 AM