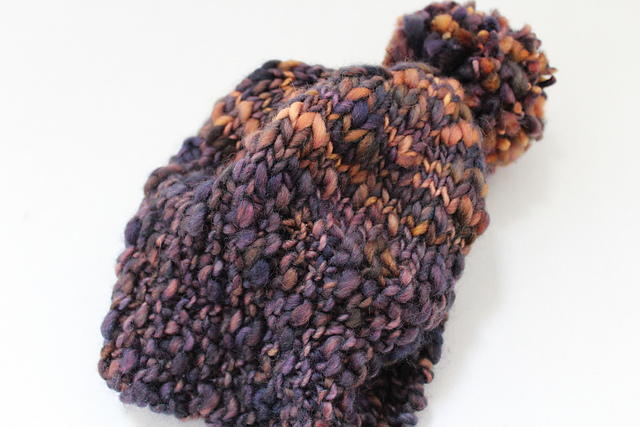 Try saying "Malabrigo Mandelbrot" 5 times fast. *tries it* Hm, maybe it's not as hard as I thought. 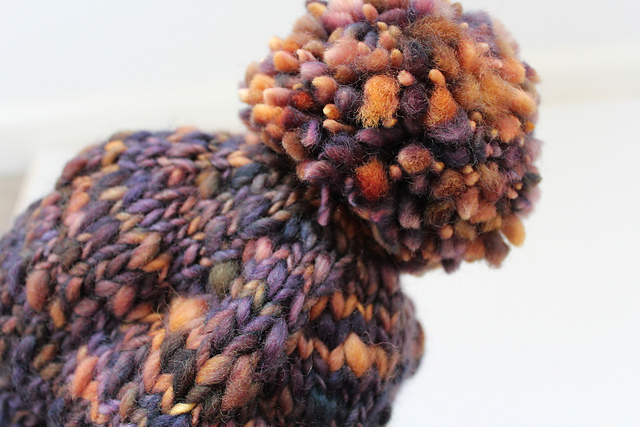 
So I waited. I wasn't in any rush and I bought the yarn at The Stockinette Knitting Cafe (now closed *sad face*) two years earlier without a project in mind, so I just let it sit. It marinated in my room until one day I finally decided to buy another skein in the same colorway.


Clearly not the same dye lot. So I decided to rip back to where I picked up stitches along the brim and alternate skeins for each row. 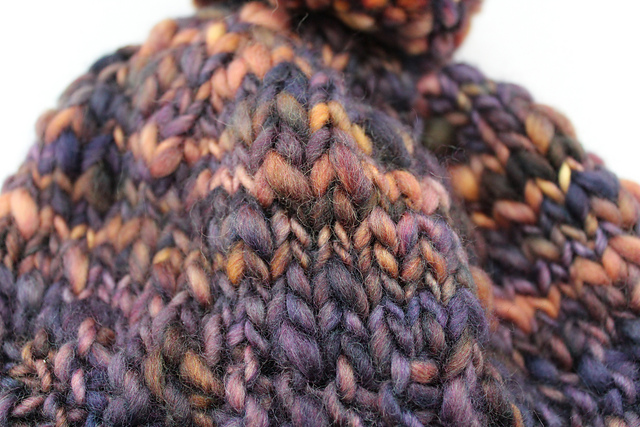 I think it turned out pretty well. And I ended up using all of the original skein when I got to the pom pom, and a little more than half of the new skein. 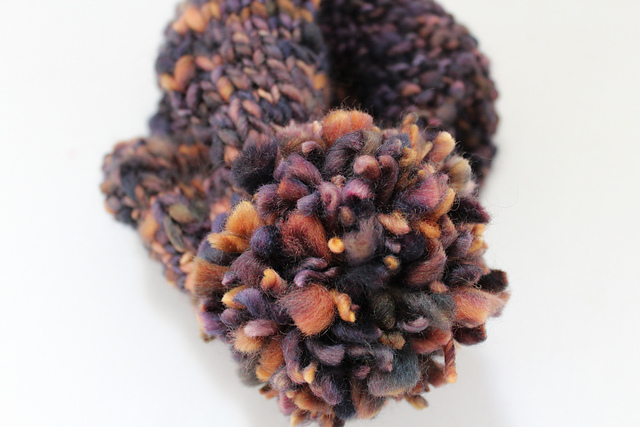