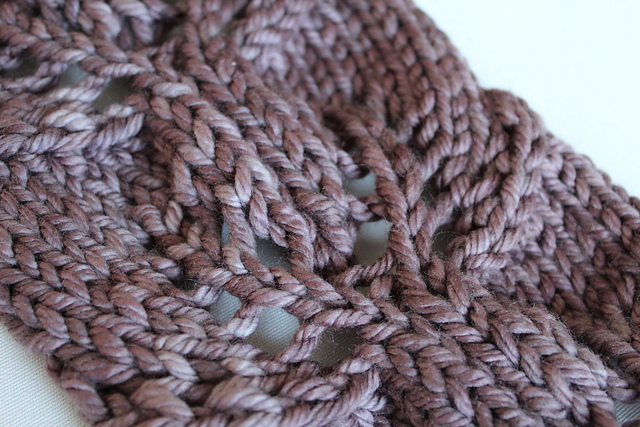 I recently bought Alana Dakos's new book, Botanical Knits. I love it, I want to knit everything in it! When I went to Stitches West I stopped by the Becoming Art booth and picked up two skeins of this bulky yarn called Jolie in the Fig colorway. 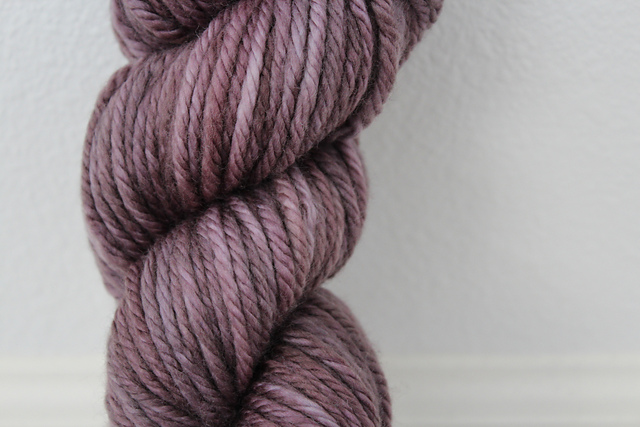 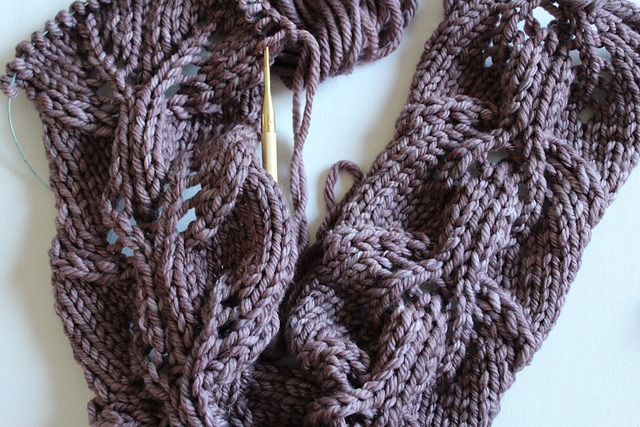 It's been a while since I've knit lace so it took me a couple of repeats to get the pattern down, but after that it was really simple and so quick! 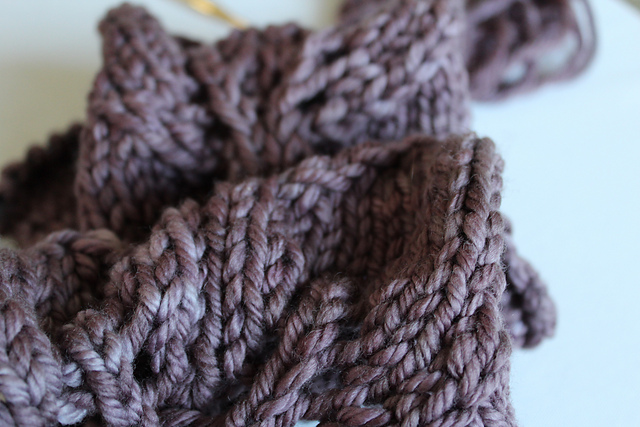 I've already cast it off and I'm hoping to block it and sew the ends together soon.
Posted by Elisha at 3:00 PM